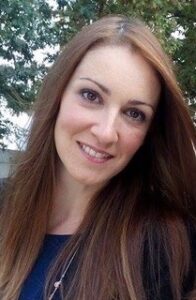 The Greek Association for Behavioural Modification and Research (GBA) (info@eees.gr, www.eees.gr, and eeespm@otenet.gr, eeespm.gr) is the oldest among the three CBT associations in Greece. It was founded by Prof. John Boulougouris in 1974 at Athens. It joined EABCT in 1980. GBA has organized three EABCT congresses in the past with great success, in 1974 at Spetses, in 1994 at Corfu islands and in 2020 at Athens and one national CBT congress in 2014.

It has almost 200 active members and it supports two four-year training programs complying with the criteria of EABCT which lead to accreditation on CBT since 2010.

The first one is implemented in Athens by the Institute of Behavior Research and Therapy, which is affiliated with GBA and has many actions related to CBT.

The second one, which is straight connected to GBA, is run at Thessaloniki by the Branch of Macedonia of GBA, which was founded in 2001 to offer mental health experts located in Northern Greece the opportunity to be trained in CBT. It offers the opportunity for specialization in eating disorders, marital therapy, group therapy and CBT for children and adolescents. Both programs provide low cost CBT to the public.

In 2020 the Branch of Macedonia established a parallel to the in person online training program that will allow mental health specialists who are interested in CBT and reside all over Greece to have access to CBT training. Additionally, GBA offers specialization on marital therapy, eating disorders, group therapy and child-therapy through separate training programs.

GBA in collaboration with the 1st Department of Psychiatry of National and Kapodistrian University of Athens offers a two-year specialization in CBT therapy for Eating Disorders. GBA is affiliated with Behavioral Tech, Seattle, USA to provide training in Dialectical Behavioral Therapy.

Among the many activities of GBA are publications and translations of books on CBT. The Branch of Macedonia oversees the editing of translations into Greek of books related to CBT, but there are plenty editions of books written by members and under the auspices of GBA.

A Newsletter is published every three months wherein any member of GBA can write his/her opinion on several matters regarding CBT, announcements are made for training courses, coming conferences, etc.

Also, an online scientific journal, the HELLENIC JOURNAL OF COGNITIVE BEHAVIORAL RESEARCH & THERAPY is published every six months under the auspices of the Institute of Behavior Research and Therapy and GBA. The journal has an English section wherein foreign scientists can publish their research in English.

This site uses functional cookies and external scripts to improve your experience.

NOTE: These settings will only apply to the browser and device you are currently using.